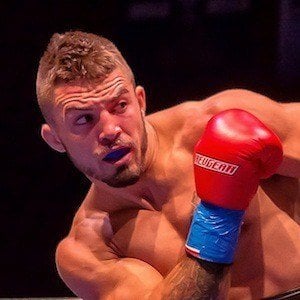 American professional MMA fighter who is known for competing in the Welterweight division of the UFC.

He began training at the age of 11 where he studied Muay Thai and became a Florida Champion. He went on to make his professional debut in September of 2014. He would go on to make his first UFC appearance in August of 2016.

He was awarded the Performance of the Night award twice by the Ultimate Fighting Championship.

He was born in Flint, Michigan and grew up with his father in the Navy in Apopka, Florida. He also has two sisters and one brother.

He defeated Jake Ellenberger with a KO by elbow at the UFC Fight Night in April of 2017.

Mike Perry Is A Member Of