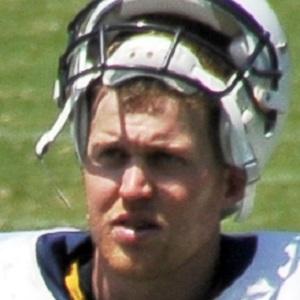 Punter who made his NFL debut in 2003 for the San Diego Chargers.

He attended Western Illinois University, before being selected in the 5th round of the 2003 NFL draft.

In 2009 he was named to the San Diego Chargers 50th Anniversary team.

He married Stacie Scifres during his career, and has three children with her.

He is good friends with fellow NFL player Ed Reed, who was his high school teammate.

Mike Scifres Is A Member Of