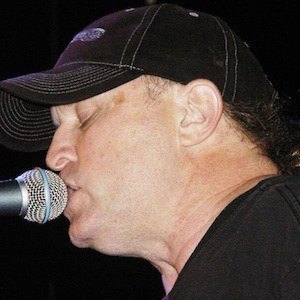 Singer and multi-instrumentalist who first rose to fame as the frontman of the new wave band A Flock of Seagulls. He eventually went on to released his debut solo album Zeebratta in March of 2014.

Before the formation of A Flock of Seagulls, he worked as a hairdresser and became known for his trademark combed-back hairstyle.

He briefly ran a restaurant called The Legends Café in Cocoa Beach, Florida until it closed in 2008.

He and his wife Tara settled in Brevard County, Florida.

Guitarist Paul Reynolds was an early addition to A Flock of Seagulls, becoming the lead guitarist.

Mike Score Is A Member Of