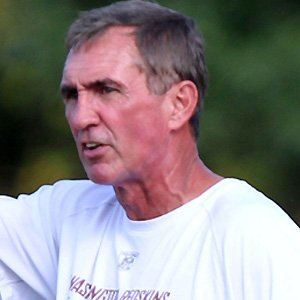 NFL coach who led John Elway and the Broncos to Superbowl wins two years in a row.

After a life-threatening motorcycle crash, he quit playing football and began coaching.

In his first season assisting the Oklahoma Sooners, the team won an NCAA championship.

His father worked as an electrician.

He broke his former boss Dan Reeves' record for the most wins in Broncos franchise history.

Mike Shanahan Is A Member Of