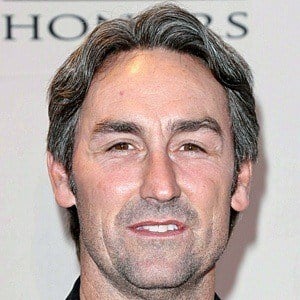 History channel star most well known as the creator and star of the series American Pickers. He is also the owner of the antique and apparel company Antique Archeology.

He was only six years old when he began picking, beginning by pulling old bicycles of his neighbors' trash. He then spent more than two decades in the profession before starring on American Pickers.

In 2013, he authored two books about antique collecting, Kid Pickers: How to Turn Junk Into Treasure and Art of the Pick.

He has two siblings, Robbie and Beth. He and his wife, Jodie Faeth, have a daughter named Charlie.

On the History channel's American Pickers, he was joined on the show by Danielle Colby.

Mike Wolfe Is A Member Of