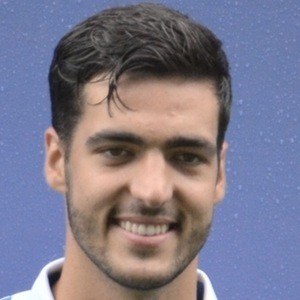 Spanish midfielder who signed with Borussia Dortmund of the Bundesliga for the 2016-2017 season. He'd previously played for Osasuna, helping them earn promotion from the Segunda Division to La Liga.

He grew up playing for CD Amigo and Osasuna's youth team and made his professional debut in 2014.

His father is Angel Merino, who played more than a decade and a half of professional soccer.

He became teammates with Christian Pulisic upon joining Dortmund.

Mikel Merino Is A Member Of