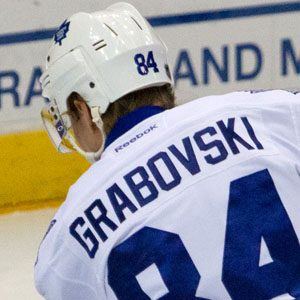 Center who made his NHL debut in 2006 for the Montreal Canadiens and signed with the Toronto Maple Leafs in 2008.

He was born in Potsdam, East Germany but moved to Belarus when he was 3 years old.

He was picked to represent Belarus in the 2010 Winter Olympics but was unable to play because of an injury.

When the Toronto Maple Leafs decided to buy out his contract in 2013, he was publicly critical of head coach Randy Carlyle.

Mikhail Grabovski Is A Member Of