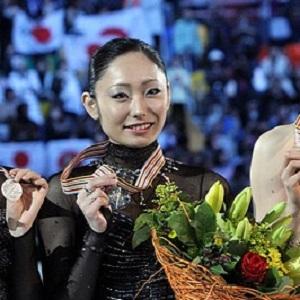 She started skating at eight years old and won the Japan Junior Championships for the 2001-02 season.

She is the first female skater to successfully land a quadruple jump in competition.

She and Italy's Carolina Kostner are both World Champions in women's singles figure skating.

Miki Ando Is A Member Of