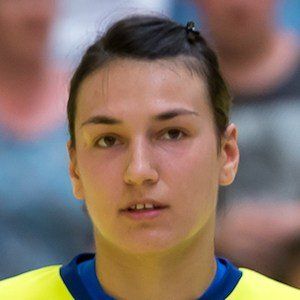 Romanian professional handball player who is known for playing with the CSM Bucuresti as well as the Romanian national team.

She first began her youth career in 2000 for the CSS 5 Bucuresti. In 2006, she began her senior career and the same year first appeared on Romania's national team.

She has received several medals and awards, most recognizably multiple wins of the IHF World Player of the Year awards.

She was born and raised in Bucharest, Romania. She has two older sisters.

Cristina Neagu Is A Member Of