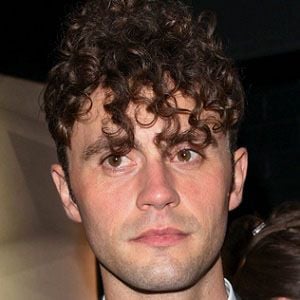 Most Popular#23204
Born in Shreveport, LA#8
Singer Born in Louisiana#19

American singer/songwriter best known for being featured in Rihanna's 2013 song "Stay." He also released a number of EPs, including Reds and Strange Fruit. In 2016, he was featured on the Clams Casino track "Into the Fire."

He was interested in gospel music when he was young. He began his musical career as a songwriter for other artists.

In 2009 he toured with the music group Ten Out of Tenn.

He and his younger sister and brother were raised by their mother and their minister father in various parts of the American South. He married Rebecca Sudduth in 2011.

He helped write the Christina Aguilera song "We Remain."

Most Popular#23204
Born in Shreveport, LA#8
Singer Born in Louisiana#19

Mikky Ekko Is A Member Of