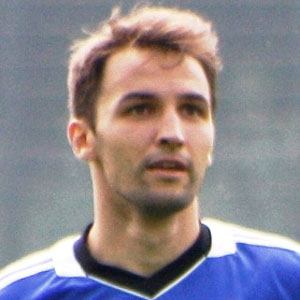 Central midfielder who joined Hamburger SV in 2012 and became a member of the Croatian national team in 2010.

He spent his youth career with Ponikve, NK Zagreb and Dinamo Zagreb.

He was sent on loan to Lokomotiva during the 2007-08 season.

He was born in Zagreb, Yugoslavia.

He and fellow midfielder Ivan Rakitic became teammates on the Croatian national team.

Milan Badelj Is A Member Of