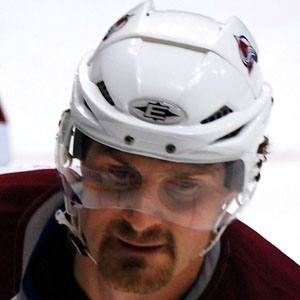 Czech NHL winger whose career began in 1998 with the Colorado Avalanche. He won a Stanley Cup Championship with the Avalanche in 2001.

He was a 4th round draft pick of the Quebec Nordiques in 1994.

He married Zlatuse Hejduk and the couple has twin sons, Marek and David.

He played with center Joe Sakic on the Colorado Avalanche from 1998 to 2009.

Milan Hejduk Is A Member Of