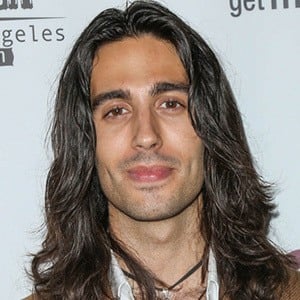 Film and television actor notable for his role as Kuru in The Elephant Princess. Feature film credits included Teenage Kicks (2016), Western Religion (2015) and the title role of Bruno in Bruno & Earlene Go to Vegas (2013).

He was cast as Sam Koeugh in the television series Snobs.

He was the recipient of the Best Actor award at the Iris Prize Festival for his role in 2016's Teenage Kicks.

His father has Hungarian roots and his mother is Australian.

He starred alongside Emily Robins in the TV show The Elephant Princess.

Miles Szanto Is A Member Of