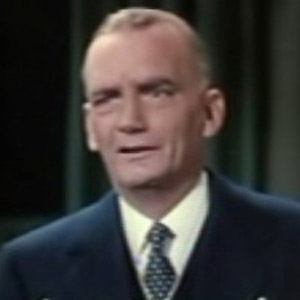 Remembered for his roles in such 1940s and 1950s films as Kiss of Death, A Foreign Affair, and The Gunfighter, this popular character actor earned a Golden Globe Award for his supporting role in the 1952 movie My Six Convicts.

He appeared in his first Hollywood film, A Lesson in Love, in 1931.

He played the role of R. F. Simpson in the popular 1952 musical film Singin' in the Rain.

A native of Havana, Cuba, he later settled in Los Angeles, California. His marriage to Peggy Gould lasted until his 1953 death of lung cancer.

He appeared with film star Gregory Peck in the 1949 movie Twelve O'Clock High.

Millard Mitchell Is A Member Of