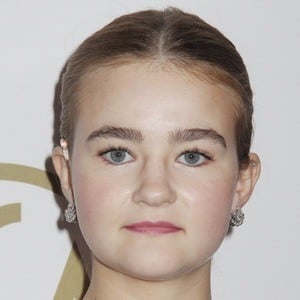 Deaf actress who was nominated for several awards for her starring performance in the 2017 film Wonderstruck. She later starred in the 2018 film A Quiet Place.

She lost her hearing at twelve months old due to a medication overdose. She attended the Jean Massieu School of the Deaf and was in the drama club.

She was nominated for Best Young Performer at the 23rd Critics' Choice Awards in 2017 for her role in Wonderstruck.

She has a total of four siblings; two older and two younger.

She played the daughter of Emily Blunt and John Krasinski's characters in the horror film A Quiet Place.

Millie Simmonds Is A Member Of