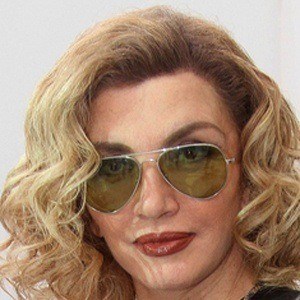 Television presenter and actress recognized as the long time host of Gran premio internazionale della TV and for presenting Italy's version of Strictly Come Dancing. She is also well known for her portrayal of Urania in 1985's The Adventures of Hercules II.

She made her screen debut in the 1980 film Il pap'occhio. However, The Taming of the Scoundrel, released the same year, was her breakout role.

She has had recurring roles in television shows like La voglia di vincere in 1987 and Positano in 1996.

In 1985, she married Angelo Donati. They would go on to have a son named Patrick and a daughter named Angelica. Her sister, Gabriella, is also a television host.

In The Taming of the Scoundrel, she starred opposite Ornella Muti.

Milly Carlucci Is A Member Of