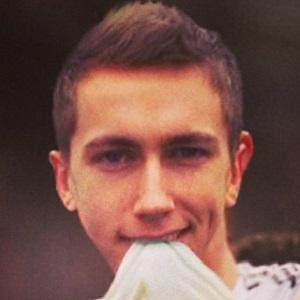 British YouTube gamer who is known for his commentary and vlogs featuring the video game FIFA. Between his main channel and his second channel, mm7games, he has accumulated over 13 million subscribers. He also has channels called MiniminterClips and MiniminterShorts.

He created his main YouTube channel on February 17, 2008 and published his first video on December 7, 2012.

He broadcasts live on the streaming service Twitch, frequently playing against a group of friends known as the Ultimate Sidemen. He collaborated with vikkstagram.

His real name is Simon Edward Minter. He was born in England and grew up in Hempstead, Herefordshire. He published a Q&A video with his brother Nick in 2014. He has another brother named Johnny. He has dated pop singer Talia Mar.

Wroetoshaw, KSI, Zerkaa, Behzinga, Vikkstar123, and TBJZL are the members of the Ultimate Sidemen.

Miniminter Is A Member Of