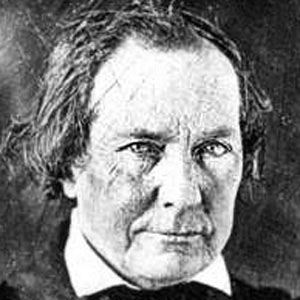 American politician who served as the first vice president of the Republic of Texas from 1836 to 1838. He was elected second president of Texas and served from 1838 to 1841.

He was accepted to Princeton University but opted to pursue business instead. When his enterprises failed to pan out, he worked as private secretary to Georgia Governor George M. Troup.

After serving as President of Texas, he returned to U.S. Army service and fought in the Mexican-American War.

He was married to Tabitha Jordan Lamar until her death in 1830. He later married Henrietta Maffitt.

He was appointed Minister to Nicaragua by U.S. President James Buchanan.

Mirabeau B. Lamar Is A Member Of