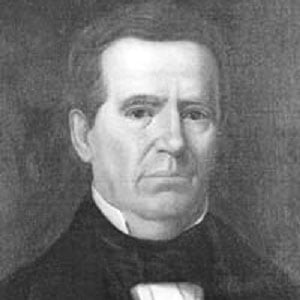 Congressman, businessman and doctor who served as the fourth and final President of the Republic of Texas from 1844 to 1846. His efforts to get Texas annexed from the United States lead to him sometimes being referred to as the "Architect of Annexation."

He was born in Great Barrington, Massachusetts and received his medical license from the Oneida, New York Medical Society in 1820.

Texas' Jones County and its county seat, Anson, were both named in his honor. His home, the plantation known as Barrington, has been preserved at Washington-on-the-Brazos State Historic Park.

He married Mary Smith Jones in 1840 and had four children with her.

After his term in Congress, he was appointed Minister to the United States by Sam Houston.

Anson Jones Is A Member Of