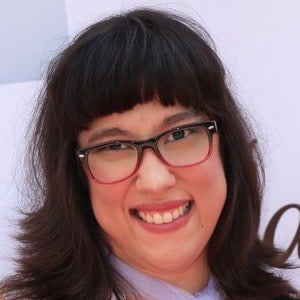 Actress who performed as a member of the theatre group CC Kids for several years and has acted on shows like Bell and the Bulldogs. She was born with cerebral palsy and is a public advocate for those with the condition.

She was raised in Los Angeles, California. She was inspired to pursue theatre after seeing a production of The Miracle Worker at age 12.

She starred in the PSA short film Look Around, created to raise awareness about actors with disabilities, in 2013.

She has been close friends with Bunheads actress Kaitlyn Jenkins.

Miracle Pelayo Is A Member Of