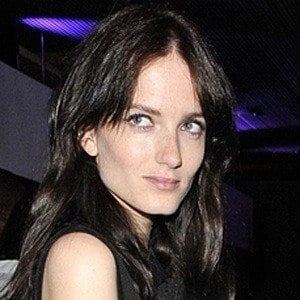 Australian singer and one half of the pop duo Say Lou Lou with her identical twin sister Elektra. They are known for their breathy vocals as heard in their debut album Lucid Dreaming.

She and her sister opted out of college in order to pursue their music careers.

She was named after Miranda from The Tempest.

She grew up listening to Kate Bush and David Bowie.

Miranda Kilbey Is A Member Of