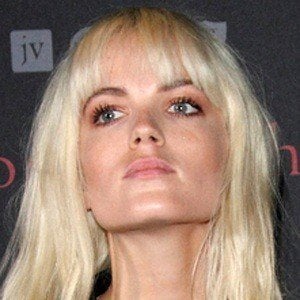 Feminist singer and one half of the pop duo Say Lou Lou with her identical twin sister Miranda Kilbey. They are known for their breathy vocals as heard in their debut album Lucid Dreaming.

She and her sister opted out of college in order to pursue their music careers.

She and her sister are feminists and write about female liberation as depicted in the music video "Games for Girls."

Her mother is Karin Jansson of the punk band Pink Champagne and her dad is Steve Kilbey of the rock band The Church.

Her and Rihanna are both pop singers who support the Free the Nipple social movement.

Elektra Kilbey Is A Member Of