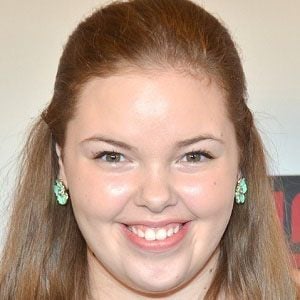 Disney Channel star who first appeared in a couple of episodes of Liv and Maddie. She then landed a leading role in the Jessie spin-off series Bunk'd.

She had a passion and exuded the skills for stand-up comedy from a young age and has performed at the Hollywood Improv and Harrah's Hotel in Las Vegas. She moved to Los Angeles at the age of 10 after she began acting at 8.

She made her acting debut in the feature film The Heartbreak Kid, starring Ben Stiller and Malin Akerman.

She is the youngest of four children and was born in Bowling Green, Ohio. She has a dog named Bentley.

She and Kevin Quinn were both unfamiliar names before being cast in Bunk'd.

Miranda May Is A Member Of