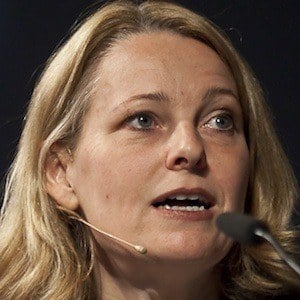 Professor and journalist who served as State Secretary of North Rhine-Westphalia in the early 2000s. She's also worked as editor-in-chief of Wirtschaftswoche.

She released her first major publication in 1994 and was a professor at the University of Munster in the late 1990s.

She won a Cicero Award in 2001 and has worked as a professor and director at the Swiss University of St. Gallen.

She and Anne Will started a long-term relationship in 2007.

She and Wolfgang Thonke have both become known in Germany for their work as journalists.

Miriam Meckel Is A Member Of