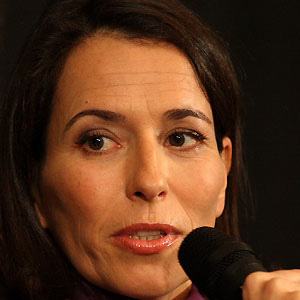 The anchorwoman of the daily Tagesthemen news broadcast from 1991-97, she also hosted the sports show Sportschau and the talk show Mal Ehrlich.

She worked as a journalist at Cologne Review while studying history, politics, and anglistics in college.

She became the first woman to host the popular German sports show Sportschau.

She has dated University of St. Gallen professor Miriam Meckel.

She and Ruth Gruber are both graduates of the University of Cologne.

Anne Will Is A Member Of