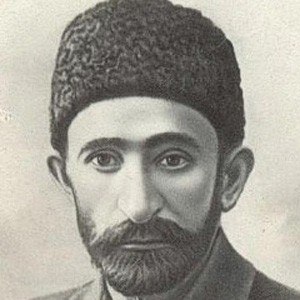 He studied at age twelve with the renowned poet Seyid Azim Shirvani.

His writings were heavily influenced by the Russian Revolution of 1905.

He grew up in a large family in Shamakhy, Azerbaijan.

He and Sediq Afghan were both renowned Azerbaijani philosophers.

Mirza Alakbar Sabir Is A Member Of