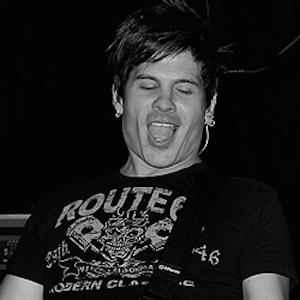 Grammy-nominated producer and songwriter known for his work on albums with artists like Kelly Clarkson, Jason Derulo, and Miley Cyrus. He is also the lead singer and guitarist of SR-71 and a producer for the American band Satellite.

Before beginning his music career, he received his bachelors degree in mass communication from the University of Maryland. He began his musical career in the original incarnation of SR-71 titled Heroes Among Thieves.

He co-wrote and produced Demi Lovato single "Heart Attack" that was certified double platinum and topped out at #4 on the mainstream top 40 charts.

He was born in Baltimore, Maryland as the younger sibling of two.

The single "Bella Traición" received a Song of the Year nomination from the Latin Grammys with co-writer Kara DioGuardi.

Mitch Allan Is A Member Of