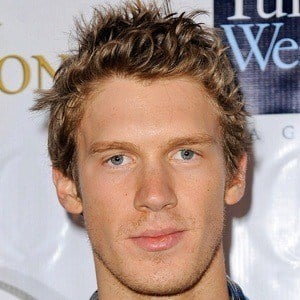 Australian actor who is widely known for his career in film and TV. He starred as Marcus in the 2014 thriiller film Cabin Fever 3: Patient Zero, as well as Alexander Coyne on the TV series One Tree Hill between 2009-2010.

He earned his first on-screen credit for his work on the 2006 film 48 Shades as a party goer.

He guest starred on an installment of the HBO mini-series The Pacific in 2010 as PFC Edward Garland. He appeared as himself on The Playboy Morning Show in 2014.

He was originally born and raised in Sydney, Australia.

Mitch Ryan Is A Member Of