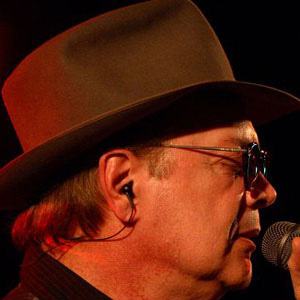 Rock and blues singer who was the frontman of Mitch Ryder & the Detroit Wheels, known for his dynamic live performances.

Born William S. Levise, Jr., he formed his first band The Tempest as a teenager and sang in local soul clubs in Detroit.

He and his band The Detroit Wheels released the #4 charting single "Devil With a Blue Dress On" in 1967.

His father was a musician who Ryder claimed was a major influence on his music.

He inspired actress Winona Ryder to take his last name as her stage name.

Mitch Ryder Is A Member Of