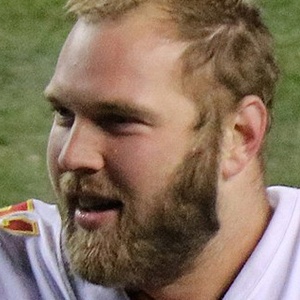 Offensive tackle who became one of the NFL's highest-paid tackles when he signed a 5-year, $33 million contract with the Kansas City Chiefs in 2016. He was named as a second team All-Pro in each of his two first two seasons with the Chiefs.

He began playing football as a freshman at Palisades Charter High School. He was also an all-league pitcher on the school's baseball team.

He received the Brick Muller Award as the UC Berkeley's Most Valuable Offensive Lineman three straight seasons from 2009 to 2011.

He has a brother named Geoff. He married Brooke Squires.

He blocked for Alex Smith during his first two seasons with the Chiefs.

Mitchell Schwartz Is A Member Of