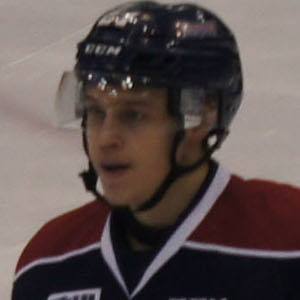 Known for his prolific youth career as a hockey center. In the 2015 NHL Draft, he was selected 33rd overall by the Tampa Bay Lightning.

He was selected #6 overall by the Saginaw Spirit in the junior Ontario Hockey League's (OHL) 2013 draft. He went on to start effectively for the team.

He won a gold medal with Team Canada's U-17 team at the 2014 Ivan Hlinka Memorial Tournament. He then captained the Canadian national U-18 team to a bronze medal at the 2015 IIHF World U18 Championships.

He was born and raised in Peterborough, Ontario, Canada.

He and fellow Canadian national Connor McDavid were both selected in the 2015 NHL Draft.

Mitchell Stephens Is A Member Of