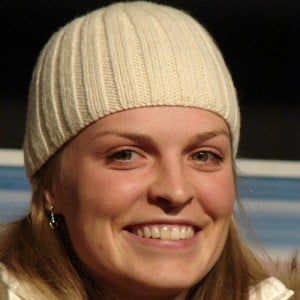 Professional alpine ski racer who is known for competing in the slalom and giant slalom events. She is also known for having represented Italy in the Women's Alpine Skiing World Cup and in several Olympic games.

She made her World Cup debut at the age of 17. She earned her first podium spot in 2005 when she competed in the Slalom event in Aspen, Colorado. She competed in her first Olympic games in 2006 in the slalom and giant slalom events.

She has earned several podium finishes in the Giant Slalom discipline including in Semmering, Austria in 2008, Killington, US in 2017, and Courchevel, France in December of 2017.

She was born and raised in Bruneck, South Tyrol, Italy and is known for dating Werner Heel.

She shared a photo with fellow professional skier Irene Curtoni to her Instagram in November of 2017.

Moelgg Manuela Is A Member Of