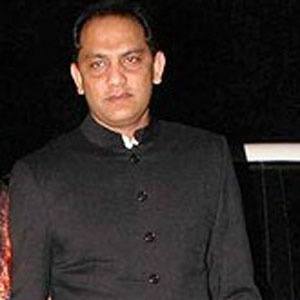 Captained the Indian cricket team in the 90's until he was banned from the sport for his involvement in a match-fixing scandal, and then saw his ban lifted in 2012.

He attended All Saints High School in Hyderabad, where he was known as Azhar.

He was elected as a member of the Indian National Congress in 2009.

He was married to model and actress Sangeeta Bijlani for 14 years.

He and Ajay Jadeja have both been banned from the sport of cricket in their lifetimes.

Mohammad Azharuddin Is A Member Of