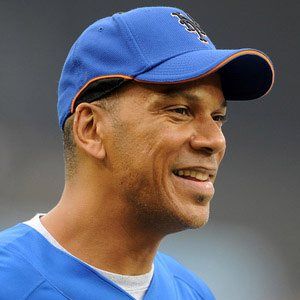 Six-time MLB All-Star who won a World Series Championship with the Florida Marlins in 1997.

He initially enjoyed basketball, but once he played baseball many recognized his potential and he was selected second overall by the Pittsburgh Pirates in the 1986 amateur draft.

He was given the Babe Ruth award in 1997 to recognize his outstanding playoff performance.

His father Felipe Alou was named NL Manger of the Year for his work with the Montreal Expos in 1994.

He was teammates with Bobby Bonilla on the 1997 Florida Marlins team that unexpectedly won a World Series.

Moises Alou Is A Member Of