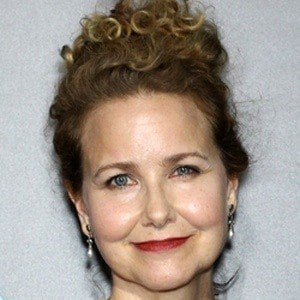 American actress of film and television who played the role of the mother on the Nickelodeon television series Unfabulous from 2004 to 2007. She also appeared in the 2009 TV movie Princess Protection Program.

She went to Northwestern University and had one of her first roles in the 1985 film Code of Silence.

She also starred in the cult series Nutt House in 1989.

She was born to Mary Elizabeth and John Robert Hagan.

She co-starred with Matthew Broderick in the 1999 film Election.