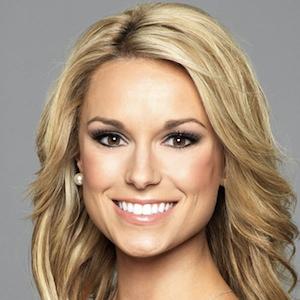 Host of the FOX Sports 1 nightly news and analysis show America's Pregame who debuted as a sideline reporter for FOX in the fall of 2013 for NFL, college football, and college basketball games.

She was a cheerleader at Boston College for four years and received the Athletic Director's Award for Academic Excellence every year she was in school. She also created a student reporter position for BC's website.

She had internships with NBC Sports and New England Sports Network before graduating from BC and accepting a production assistant job with ESPN.

She was born in San Francisco, California and has an older brother named Pat who was on the football team at Princeton.

She joined the broadcasting team of Gus Johnson and Charles Davis for the 2014 college football season.

Molly McGrath Is A Member Of