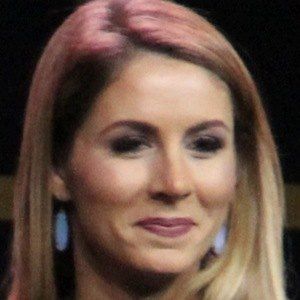 Sports reporter and television host seen on CNN International, ESPN, and the SEC Network. She first became widely known as a sideline reporter for Fox broadcasts of the Tampa Bay Rays.

Before gaining fame as a sportscaster, she began her career in pageantry, winning the title of Miss Florida 2012. She studied broadcast journalism at the University of Florida.

After winning the title of Miss Florida 2012, she then went on to compete in the 2013 Miss America pageant.

She competed against winner Mallory Hagan, the representative of New York, in the 2013 Miss America pageant.

Laura Rutledge Is A Member Of