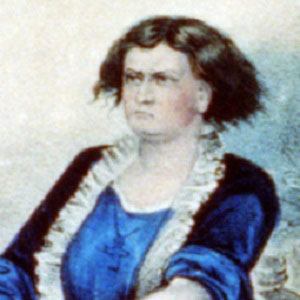 Born Mary Ludwig, she is widely credited as "Molly Pitcher" for bringing water to soldiers at the Battle of Monmouth during the American Revolutionary War. There is also a belief that "Molly Pitcher" references a collective of women.

She was born to Maria Margaretha and a butcher named Johann George Ludwig in Trenton, New Jersey.

American soldiers would cry out "Molly! Pitcher!" when they were in need of water, thus giving birth to the nickname.

In 1777, she married a barber named William Hays. Then in 1793, seven years after Hays' death, she married Revolutionary War veteran John McCauley.

She aided in the Battle of Monmouth, where General George Washington led his army against the British.

Molly Pitcher Is A Member Of