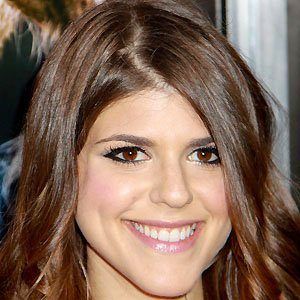 Actress who began playing Sadie Saxton in the television series Awkward in 2011 and portrayed Molly in Boyfriend Season in 2013.

She was born in New York City and began acting in theatrical productions as a child.

She played the role of Molly in a 1999 film Simply Irresistible.

She and her sister, Jessica Tarlov, were born to the director and producer Mark Tarlov. In 2015, she became engaged to drummer Alexander Noyes. They got married in March 2017 and in August 2020, they welcomed a son.

She appeared in a 2010 episode of Gravity, a series starring Krysten Ritter.

Molly Tarlov Is A Member Of