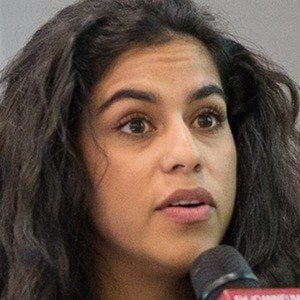 British data journalist who is most well know for her contributions to the popular publications FiveThirtyEight and The Guardian.

She studied at the University of Edinburgh

She presented a TV documentary on racism in the U.K. in 2015.

She was born to Arabic-speaking immigrant parents and grew up in the United Kingdom.

She made several appearances on Neil deGrasse Tyson's Star Talk in 2017.

Mona Chalabi Is A Member Of