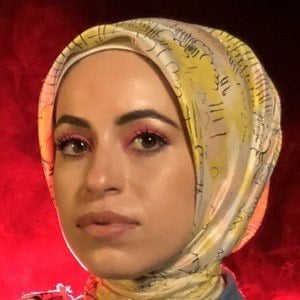 Poet and hip-hop artist whose 2015 single "Hijab" received well over 1 million views on her YouTube channel. She is also known for her Ask a Muslim endeavor, which attracted the attention of several media outlets including NPR, Al Jazeera, and The Boston Globe.

She graduated from the University of Michigan.

She attended The White House's celebration of Eid in 2016.

She and her husband have two children.

She was photographed with U.S. Representative Keith Ellison in June of 2016.

Mona Haydar Is A Member Of