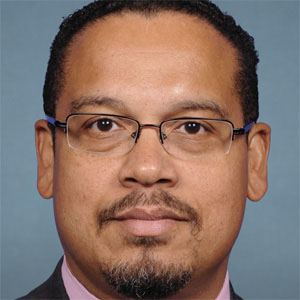 After graduating from Wayne State University with a degree in economics, he earned a J.D. from the University of Minnesota's Law School.

Raised in the Roman Catholic faith, he converted to Islam in his late teens.

He and House Speaker Nancy Pelosi both voted against HR 2206, an Iraq War military funding bill.

Keith Ellison Is A Member Of