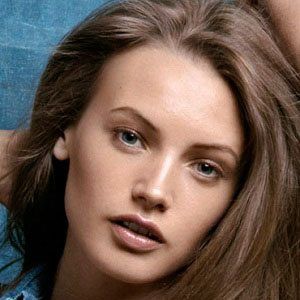 One of Sweden's best-known models, Johannesson participated in runway shows for the Nina Ricci, Dolce & Gabbana, and Chanel labels and also took part in campaigns for Burberry Blue, Hugo Boss, and Armani Exchange, among other fashion lines.

While attending a horse race, the fourteen-year-old Johannesson was discovered by an IMG Models agent.

She was photographed for the Czech version of Elle magazine in 2006 and for the Spanish edition of Marie Claire in 2011.

A native of Huskvarna, Sweden, she later lived and worked in London, England.

After she assumed some of supermodel Kate Moss's previous poses in a photo spread for Fjords magazine, Johannesson was nicknamed "Baby Kate" by the media.

Mona Johannesson Is A Member Of