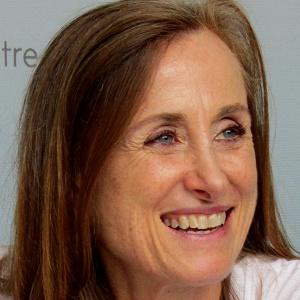 Lauded author whose debut novel, Anywhere but Here (1986), won the prestigious Whiting Prize. Her 2000 work, Off Keck Road, was the recipient of the Chicago Tribune Heartland Prize.

She received her undergraduate degree from the University of California, Berkeley, and went on to earn an M.F.A. in Creative Writing from Columbia University. She published her first novel in 1986.

She discovered in her adulthood that the child her young parents had given up for adoption before her birth was none other than Apple founder, Steve Jobs. Following Jobs' untimely death, she wrote a eulogy for her late brother that was published in the New York Times.

She was the daughter of a Syrian father and an American mother, and she was raised primarily by her mother and stepfather. She later married The Simpsons writer, Richard Appel; the couple later divorced.

Her one-time husband worked with Harry Shearer and the rest of the voice acting cast of The Simpsons.

Mona Simpson Is A Member Of