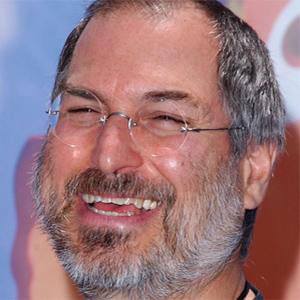 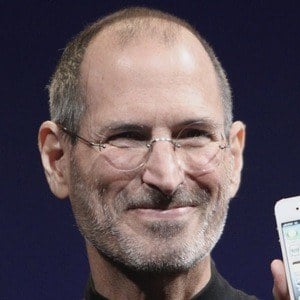 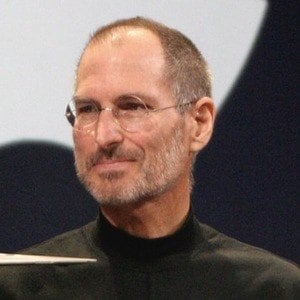 Led the personal computer revolution by co-founding Apple with Steve Wozniak. During his time as CEO of Apple, the company released such revolutionary devices as the iMac, iPod, iPhone and iPad. He also founded the software company NeXT and was a chairman for Pixar and a member of The Walt Disney Company's board of directors.

He began attending Reed College in 1972 and dropped out within his first year at the school.

He spent one summer picking Macintosh apples, which was how his company's name originated. His net worth was estimated at just over $10 billion at the time of his death.

He was raised by his adoptive parents Paul Reinhold Jobs and Clara Hagopian. He has a biological sister, novelist Mona Simpson, who was raised by his biological parents, Abdulfattah Jandali and Joanne Schieble. He married Laurene Powell on March 18, 1991 and he had four children: Lisa, Erin, Eve and Reed.

He was succeeded by Tim Cook as CEO of Apple.

Steve Jobs Is A Member Of