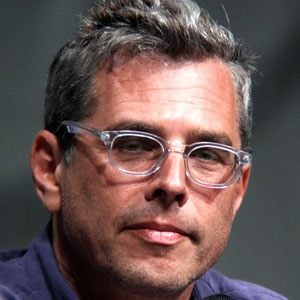 A New York-born screenwriter and producer, he is best known as the head writer on The Simpsons and the executive producer of King of The Hill. His other credits include Family Guy, The Bernie Mac Show, and Family Guy.

He attended Harvard University and worked for a lawyer as a time before beginning his writing career. He began his work with The Simpsons in 1994.

He co-created The Cleveland Show.

He had two children with his wife, novelist Mona Simpson. Mona Simpson is, coincidentally, the sister of Steve Jobs.

He wrote for the Harvard Lampoon alongside Conan O'Brien.

Richard Appel Is A Member Of