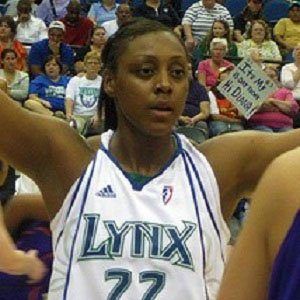 Guard who debuted in the WNBA in 2010 for the Minnesota Lynx and won her first WNBA championship in 2011 when the Lynx defeated the Atlanta Dream.

She played college basketball at the University of Virginia and was named the ACC Rookie of the Year and later the National Defensive Player of the Year.

She was taken by the Lynx with the second overall selection in the 2010 WNBA Draft.

She was born to Garry and Lynette Wright.

She became engaged to NBA All-Star Kevin Durant in July, 2013.

Monica Wright Is A Member Of