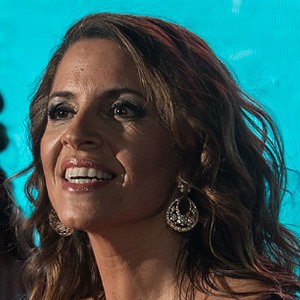 Chilean journalist and television presenter who is known for hosting the programs Estado Nacional and 24 Horas. She is also known for her work on the Channel 13 network where she hosts the program Teletrece.

She studied both journalism and history at the Pontificia Universidad Catolica de Chile. She started her career as a host and interviewer on the program Caleta de Sinners. She then made her debut with the Television Nacional de Chile in 2000 on the program Estado Nacional.

She is also known for having launched her own program in 2017 called Hola y Adios where she showcases different stories of passengers and strangers at the Arturo Merino Benitez International Airport.

She was born in Los Angeles, California but was raised in Santiago, Chile. She shared a photo with her son to Instagram in June of 2018.

Polo Ramirez is a fellow journalist and television host who is also known for appearing on the Channel 13 program Teletrece.

Monserrat Álvarez Is A Member Of