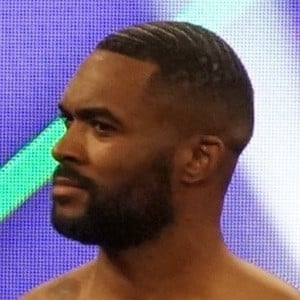 Wrestler who made his television debut in August 2017 with NXT. He defeated the Metro Brothers in his opening. His finishing move is the Frog Splash. He has over 310,000 followers on his montezfordwwe Instagram account.

He spent four years int he Marine Corps and worked in the US Navy before joining WWE.

He joined WWE in April 2015 and was sent to WWE Performance Center for training. He made his professional debut in September of that year in Florida.

He and Jason Jordan are both NXT wrestlers from Chicago.

Montez Ford Is A Member Of