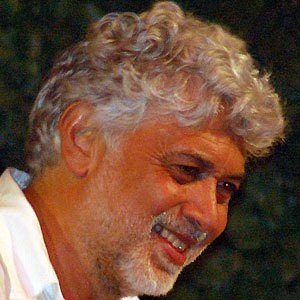 Jazz artist whose work was noted for its Caribbean and swing influences. He also mastered the melodica.

He was 20 when he dropped his first album Alexander the Great in 1964.

He, bassist John Clayton, and drummer Jeff Hamilton formed a group in the mid-1970s that shook up the European jazz scene.

His family relocated to Miami in 1961, and he went farther north in 1962 to New York, where he snagged a performing gig at Jilly's, Jilly Rizzo's jazz club.

He performed with Frank Sinatra at Jilly's.

Monty Alexander Is A Member Of